A couple days ago I was given Russian Nesting Matryoshka Dolls as a gift, they are darling little things.  Hand-painted and slightly different from the larger I can appreciate the artistic quality and the effort that was put in to producing these cute figures. 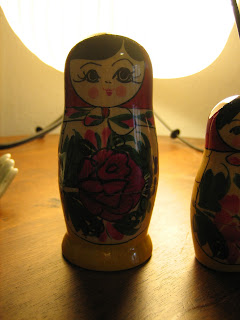 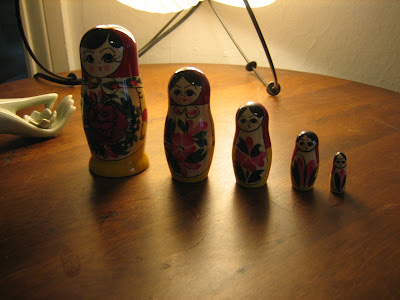 Nesting Matryoshka Dolls consists of usually 5 or more dolls, one contained inside the other.  The largest of the dolls being the outer most layer of the dolls, it is opened to reveal another smaller doll inside itself which then is also opened to reveal another smaller doll and so on and so forth, the smallest doll being unable to contain any other dolls is made of solid wood.  The dolls are usually hand-painted and can be very elaborate in design as well as different.  Paintings on the doll could be of either gender but typically a women is drawn in sarafan. 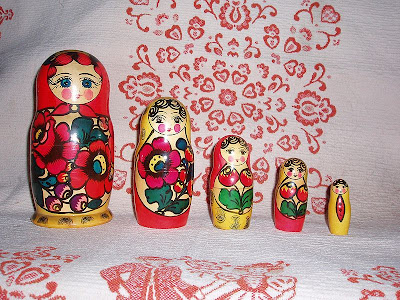 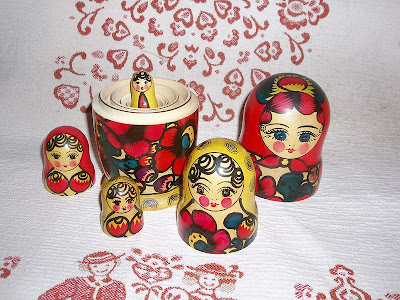 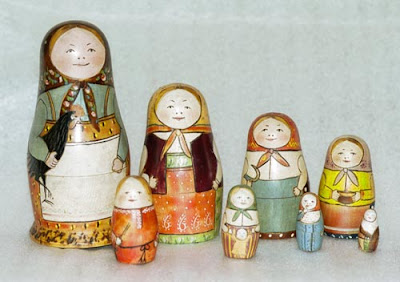