Heated Driveway For The Snowy Winters 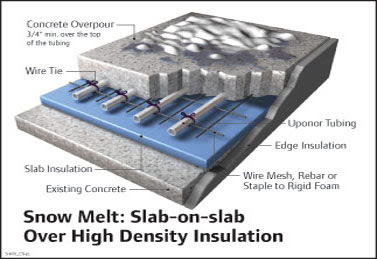 This past winter I went and visited a friend in New Mexico.  New Mexico winters are snowy, I had my first taste of shoveling 2 ft. of snow to clear driveways and sidewalks,  I had a grand time!  Then again I've only done this once.  When I was told later that day that someone had shoveled the snow a couple hours before that same morning I realized how troublesome it could be. 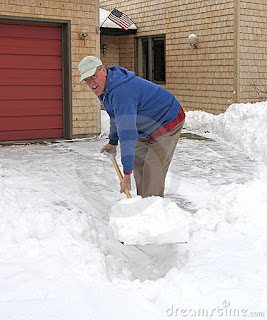 If there was anything to be gotten from this experience other than the sheer novelty of it, it was the snow fight, snow angels and conversation.  Shoveling the snow off the driveway with two other friends for 30 minutes got a conversation going and something most interesting was mentioned, heated driveways.  Never even knew heated driveways existed being a Southern California gal- looked it up when I got home, apparently they're great. 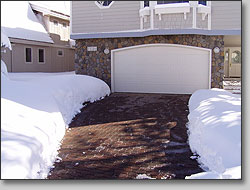 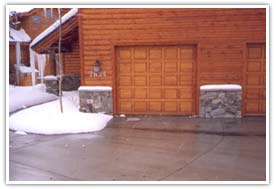 Unsurprisingly installing a heated driveway is extensive work which requires  gutting the driveway (but not necessary) and could be expensive depending on the amount of space you're looking at, over-all it seems to be worth it if you've got the money, unless you really want to shovel all that snow.

with a little research I was able to find the basic information:  the heated driveways is actually a radiant floor heating system that can be used indoors as well as outdoors.  The tubing is laid underneath the concrete or pavement and relays hot water and antifreeze when temperatures drop.  Flip a switch inside your home and watch the driveway clear, easy.  Getting your driveway redone in the process of installing a heated driveway is suggested but not necessary, this can cut the cost in half, though it is said if you want it done right with no problems to get the driveway redone as well.  The cost of installation runs between $12-$21 per sq. ft.  this excludes the cost of re-doing the driveway (roughtly $4,000), the average cost of installing the tubes landing at roughly $4,000 (once again, excluding driveway redo).  Keep in mind these numbers are estimates of average prices of the average driveway, though the price seems to hover around $10,000 for most living in the Northern California states the decision should be made, shovel snow 3-4 times a day during the winter or buy back your time for $10,000.

A website to go to if you find yourself in need of more information is Service Magic and Warm Zone. 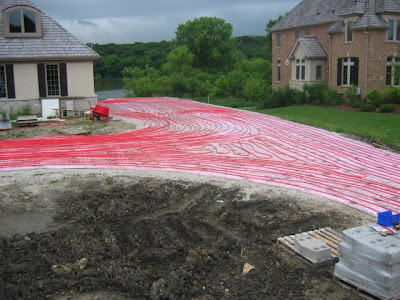