I Stand Behind: Yoga blankets as a throw 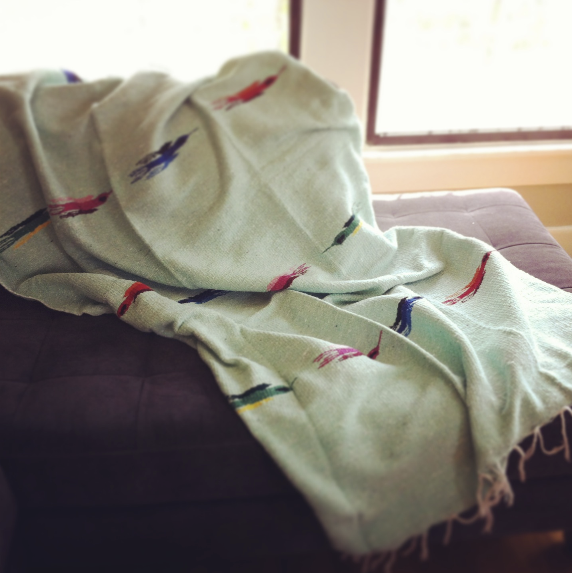 My last throw blanket that I purchased from Bed Bath & Beyond was cheap, the softness of the fur only lasted a week or so before I began to realize that the more I used it the more matted and oily-like the fur became, so when I adopted Annie from a rescue I gave her, whole-heartedly, the throw blanket. And so, ever since, I have been looking for that worthy throw blanket. The requirements of the throw blanket were:

1. Price: Affordability was a major factor (of course!). While I came across many beautiful Mexican woven throw blankets, they were all out of my price range at $250+. I was willing to spend at most just a bit over $100 (and that's only if I really had to).
2. Material: Woven. A woven throw blanket was my first choice mainly because it is sturdy while softening with time and the kind of look I was hoping to achieve in my home.

I did not expect a throw blanket to be expensive but every time I passed a window display or  throw blanket in a home store the price was always more than I had imagined, definitely much more than I was willing to spend. And then one day in my yoga class going into my Downward Dog pose, I found myself staring at the beautiful gray Mexican yoga blanket neatly folded beneath me, this got me thinking. After class I found myself in the tiny little yoga store that is a part of the yoga studio and saw a stack of Mexican yoga blankets, all in different colors but in the same material, size and design, and when I asked for the price I was completely blown away... $26.00! I grabbed one immediately and even contemplated getting a second. Funny enough the throw blanket that I have been hunting for for a whole year was not a throw blanket at all but a yoga blanket! What's the difference? Nothing really. 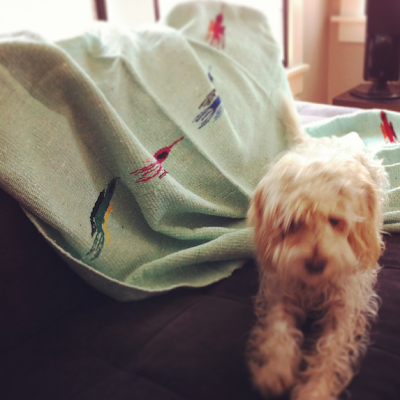 And of course when I brought it home, Annie claimed it immediately. 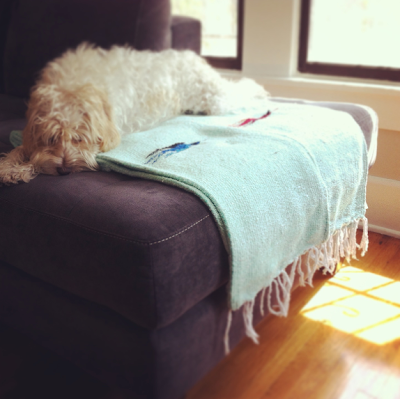 There are a few different places you can purchase different Mexican woven yoga blankets on-line and quite a few designs to choose from in a wide range of colors. I purchased my yoga blanket (a Yogaworks brand) at my local Yogaworks studio, I found this to be advantageous especially for choosing the right color and taking a closer look at the thickness and such.

Email ThisBlogThis!Share to TwitterShare to FacebookShare to Pinterest
Labels: general decor, I Stand Behind 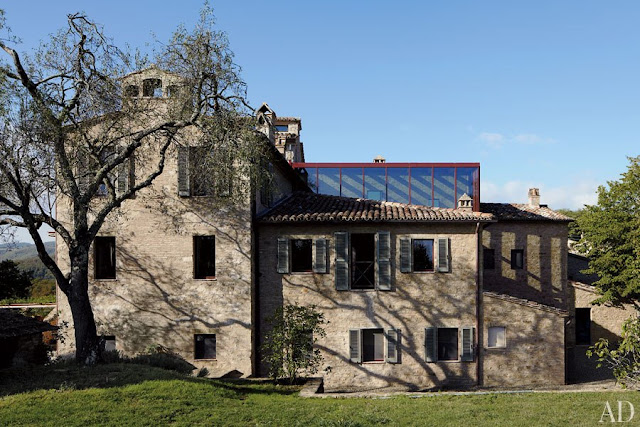 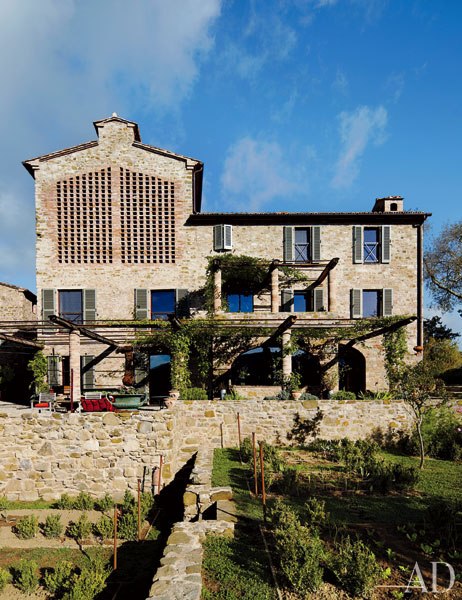 Read the full article:
A Rustic Farmhouse In The Hills Of Italy by Marella Caracciolo
at Architectural Digest 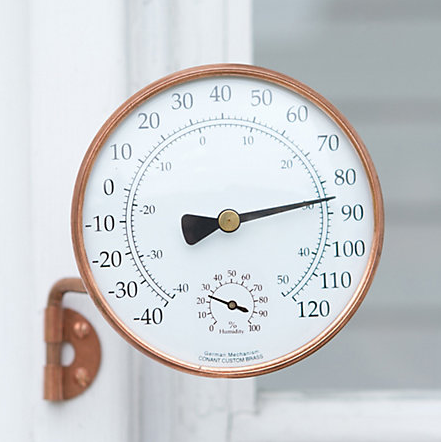 For as long as I have known him, my husband has had a thing for thermometers, specifically the kind that gives you a reading on the weather. Since I have known him he has bought a total of three thermometers, all of which, in his mind is not the one he was looking for; they were either too inaccurate, simply, the thermometers were inconvenient in some way or other. Living with him I have come to realize that being a perfectionalist is hard in a world where everything is made by man, who is, in a word, imperfect.

Browsing Terrain one day, I came upon their new copper thermometer. Beautifully designed and said to be highly accurate this German thermometer is the first thermometer I have had an interest in and when I introduced it to my husband actually peaked an intense interest in him as well, especially the "highly accurate" phrase. 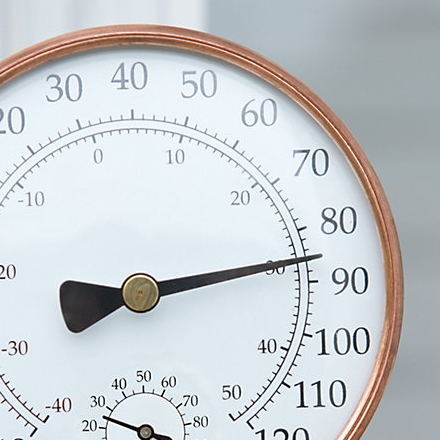 Email ThisBlogThis!Share to TwitterShare to FacebookShare to Pinterest
Labels: Item Of Note, Terrain 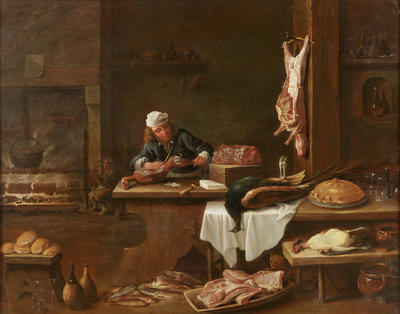 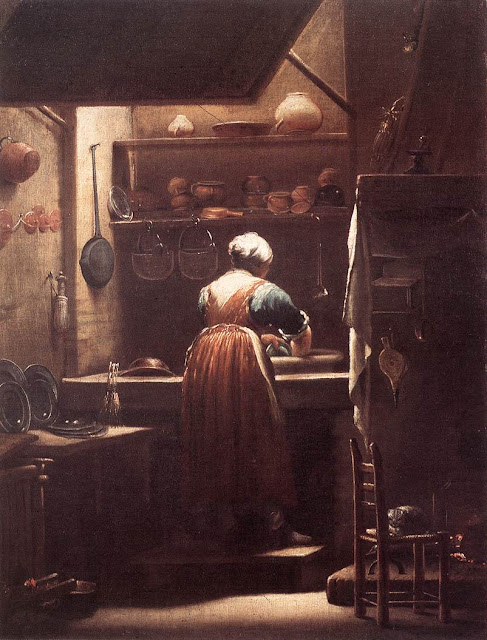 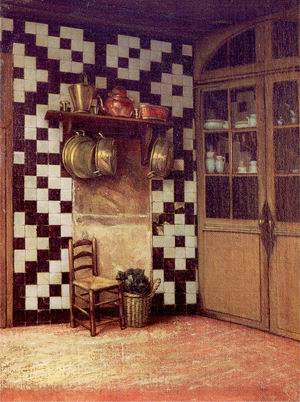 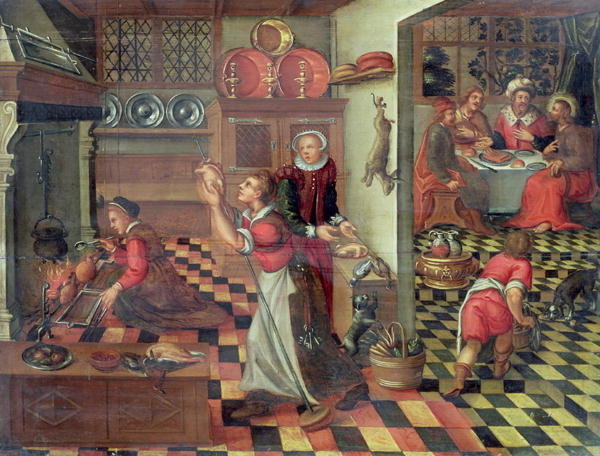 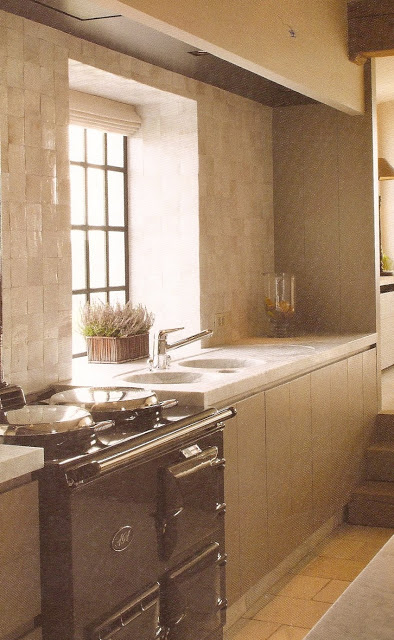 Above and below are a few examples of beautiful modern Flemish-inspired kitchens. Characteristics such as simple tile-work, the use of wood, commune tables, large open spaces, vintage style ovens and open shelving are examples of how the Flemish kitchen has inspired these pictured. 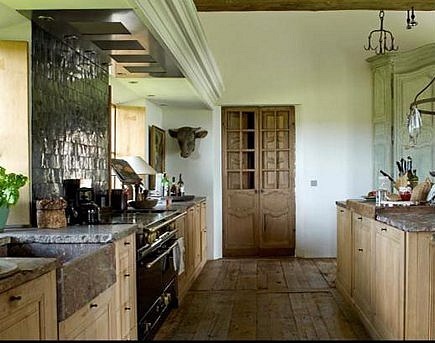 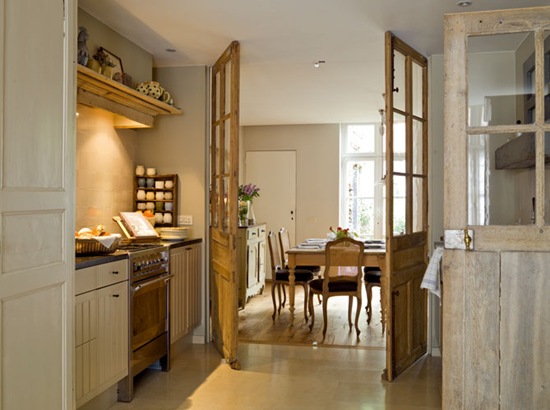 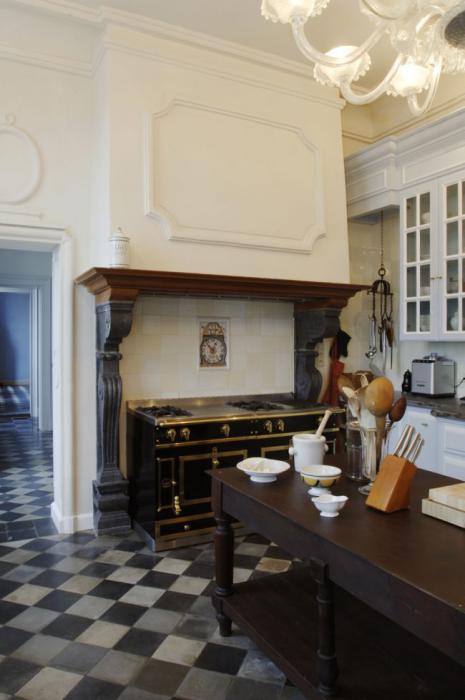 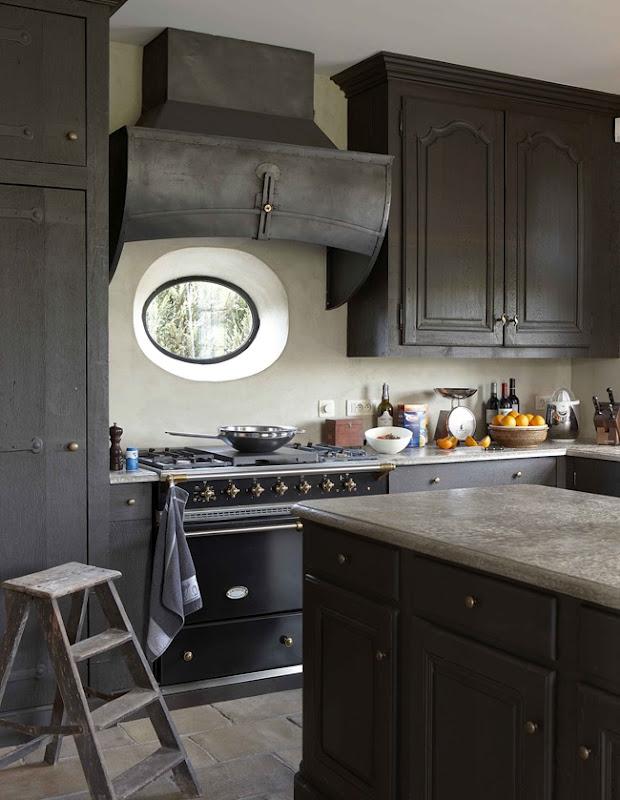 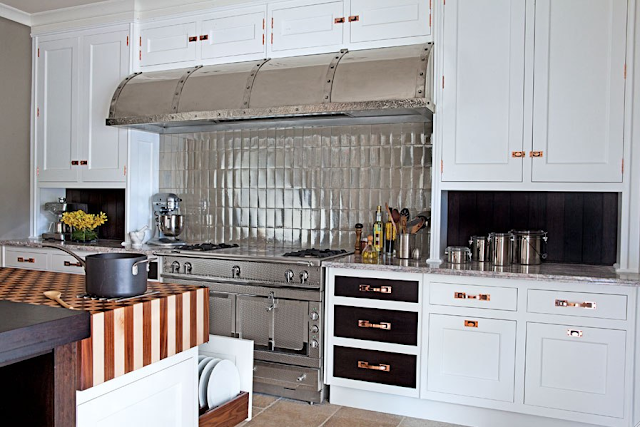 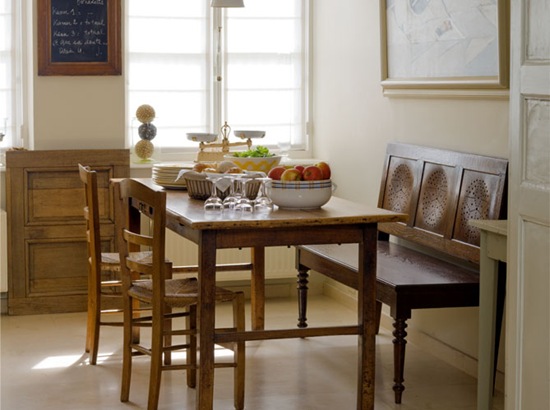 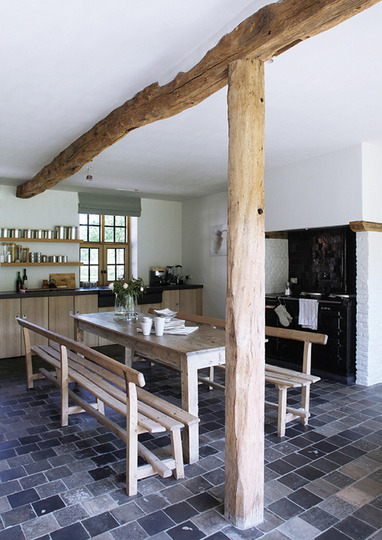